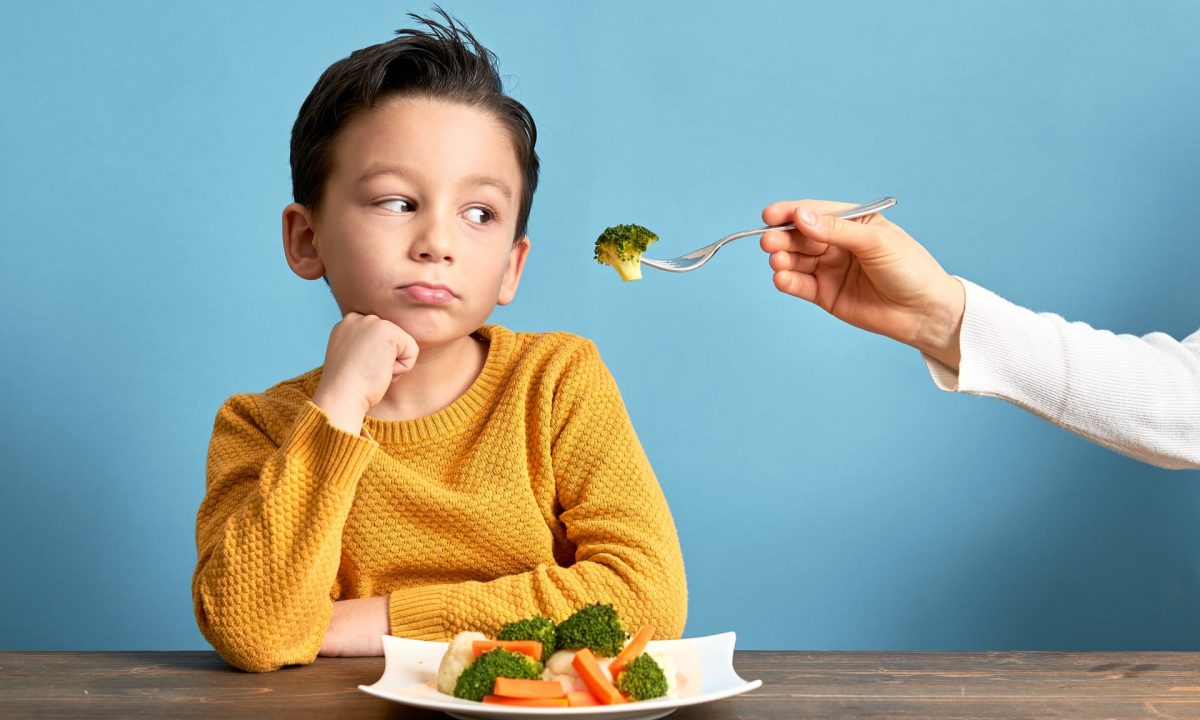 One of the biggest challenges that we all face as parents is getting our children to eat healthy. Never mind the sleepless nights, the imaginary money trees, or not being able to remember what it’s like to go to the toilet on your own; it’s the endless quest for healthy eating that really takes it out of you.

Apparently, it gets easier as they get older, but we’re not convinced. I’m sure we all know plenty of adults that are incredibly fussy eaters! In any case, here are some handy tips we’ve had some success with you, for you to try and hopefully encourage your children to eat healthier.

If the prospect of creating weekly menus for the family seems a little daunting, you can begin with tackling two or three days at a time. Don’t worry about making anything overly fancy, as it will likely only put your children off anyway. So long as it’s balanced, you’ll be off to a good start.

Try simple dishes with whole-grain bread, rice or pasta, a fruit or veg option, and a decent source of protein such as meat or cheese. Planning will save you time and it will also make your weekly shop a little easier as well.

2 – Cook one dinner for everyone

It can be very easy to think that your children will grow into “eating like an adult”; after all we did. As such, the temptation to simply make them something else that you know they will eat is quite hard to ignore. However it is important that you don’t get into the habit of cooking one dinner for your children and another for you and your partner.

It can be all too easy to let them dictate through strops and tantrums, but you must endeavour to retain control just like every other aspect of parenting. Everyone says “oh they won’t let themselves starve” and no matter how stubborn your child may seem, this is true. It just may be a harsher path for some to travel.

You can make things simpler by cooking something that you know everyone will like. Simple is usually the best idea, but offer them some small options to customise their meal such as sides or drinks to give them a sense of control. Remember, your children will tend to mimic your behaviour so it is quite common for them to be awkward with food if you are.

It’s so difficult biting your tongue through negative behaviour, especially after you’ve worked hard to put a meal on the table; but you must try to comment as little as possible on what they eat. The more of a fuss you make about how much or how little they are eating, the more of a fuss they will make of it. It is unfortunately true with most children, that if you escalate then they will simply escalate further as they don’t have the tools to dismantle their feelings. Also, if you try forcing them to eat something, not only will they resist, but it can easily instil negative feelings around eating in general. Try to remain neutral, serve up healthy and tasty food that you know they will eat and then leave them to it whilst you eat yours.

The surprising thing about children is that they are so darn adventurous with most other aspects of life but when it comes to new food, they act like a stubborn old man set in his ways. Thus, when introducing new foods, it’s usually easier to do so slowly One new thing with an already accepted meal for example.

Some children (especially younger ones) might be persuaded to try something new by bringing their heroes into the mix. If your child loves Ash Ketchum but hates broccoli, remind them that if Ash didn’t eat his broccoli like a good boy, he’d never have the strength to go on his adventures and catch Pokémon.

Experiment with different flavours and dips if your child is being especially fussy with their vegetables. Give them the option of trying anything such as ranch dressing, houmous peanut butter, chocolate spread, fish pastes and even condiments like ketchup, and just give them veggie stick to dip in them. Hopefully you’ll have greater success with getting them to eat their veggie sticks if they have something they want to dip it in. Just make sure to limit the sweeter ones!

6 – Breakfast, the most important meal of the day

If you can get your child to eat a hearty breakfast, then you’ll be winning for the rest of the day. Soy is a great source of phytochemicals, so if you can sneak the occasional bit of Soy milk into their cereal of a morning and get away with it, good for you. You can even make whole-grain pancakes and serve them up with fruit toppings and a dash of sugar to make it all the more attractive.

Another great way of sneaking soy into their diet is via mashed potato and certain homemade sauces. You can usually replace any dairy milk usage with soy milk, but it’s best to do your research first, just in case.

Once you introduce your child to the delicious world of junk food, there’s no going back. Certainly, it’s nice to have the occasional Happy Meal treat (especially when you fancy it) but you really should avoid it as much as possible.

If you’re out for the day, try packing plenty of tasty and healthy snacks in a cool box in the car to tide them over. And if you do decide to eat out, sit down for a pub lunch as opposed to a drive-through McDonalds. That way, even if they do want a burger and chips, it will be the healthier alternative, and you can add peas or a baked bean side; these are options big fast food chains have been pushing healthier options hard in recent years, so finding one won’t pose too much of an issue.

8 – Introduce your children to cooking at an early age

If you have already introduced your little one to gymnastics and they are forming healthy habits, then why don’t you introduce them to cooking as well? By understanding the process of preparing food, they may learn to better enjoy the experience of eating as well.

Certainly, you’ll have to wait until they are old enough before they can use a knife and start chopping vegetables. However, you can dice everything up and then allow them to mix the salad in a bowl. Then, let them pour on the salad dressing, and they’ve essentially prepared their own food! You might be surprised by how adventurous they are if you and your partner “taste test” their new creation and compliment them on how delicious their cooking is and how talented they are.

You should always try and maintain a healthy relationship with food in front of your children. Try not to display any erratic eating habits or overt distaste for particular foods, as otherwise your children will grow up to think that this is the norm. If they must have a balanced diet, so must you. Yes, you should treat yourselves on the occasion, but if you are essentially forcing your child into eating healthy, then buckle up kiddo, because you’re going to have to join them.

10 – Look at the bigger picture

It can be easy to lose your temper some days when your child is being especially grumpy and fussy. Try to take a step back and look at what they have eaten that week. If they’re having an off day, doubling down and forcing them to eat something they’re not in the mood for, can only make their attitude even worse.  The resulting confrontation is unlikely to have any winners, so ask yourself if it is truly worth it.

If they’ve been eating well, use this opportunity to compromise with them a little bit. Acknowledge how well they’ve been doing in recent days and to try and get them to eat other things on their plate if they want to leave the item that’s causing them issue. It’s all about the long game and the house always wins. Just try not to let them see that the deck is stacked against them!