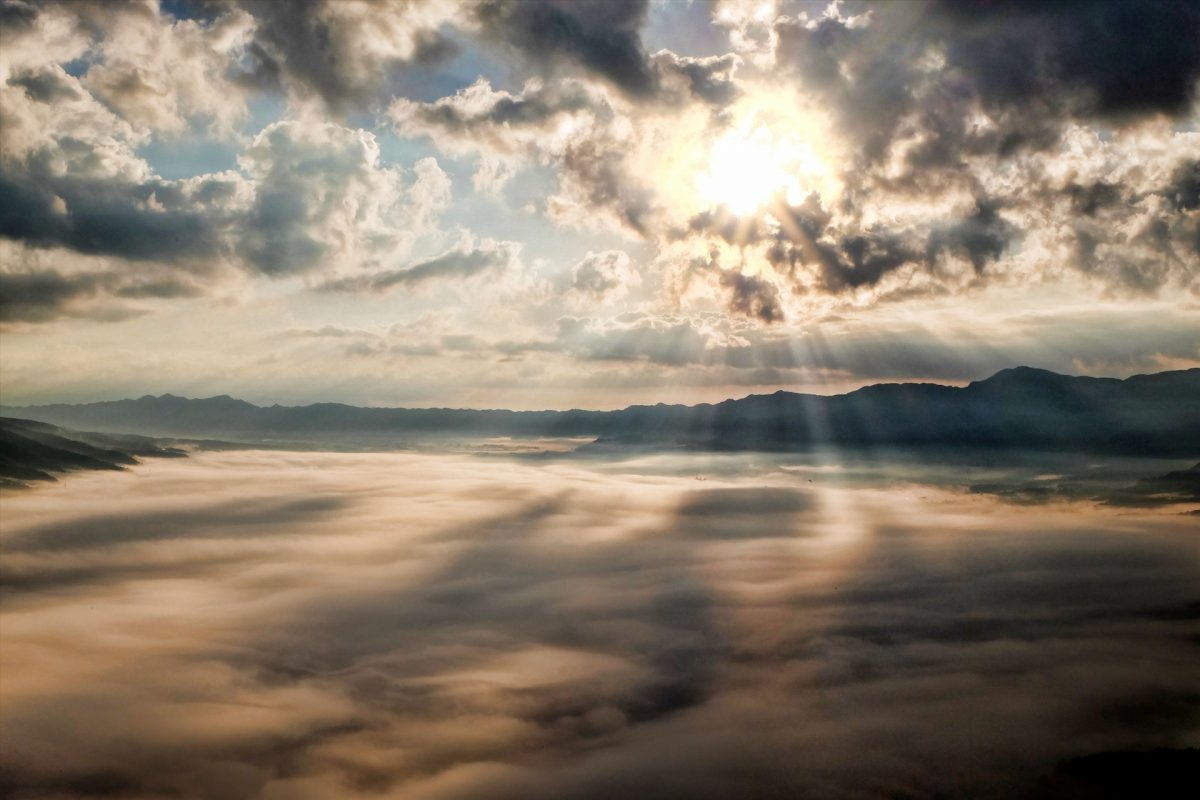 We all know what the last 18 months have been like, so we’re not going to start this blog post with the cliched “The last 18 months have been hard on us all…” type of statement covering the internet at present. Everyone has been through it but now is a time of hope, recovery, and introspection, not further doom and gloom. A statement that may seem slightly contrary if you’ve read the title, but awareness and understanding are key to progress. As such, we’d like to use this post to discuss some of the health issues that have been arising since the pandemic hit, in the hope that raising awareness may contribute to someone’s recovery; and if it does, even for one person, then it would have been worth it.

The Return of Freedoms

As the final major stage of lockdown is set to lift (at some point) in the next few weeks and blinking, we step into the sun. There’s more to be seen than can ever be seen, and more to do than can ever be done.

But neither Elton John nor Mufasa could ever have foreseen the sheer level of sacrifice and hardship that has been required of everyone to pull through this pandemic. But now, as the UK edges closer and closer back towards the light, we need to take stock of the impact on us all; especially our children.

It is a common assertion that children are “resilient” or that they’ll “bounce back”, but actually this is often simply not the case. On his pandemic-focused Twitter account, Sunil Bhopal is Not Here, Dr. Sunil Bhopal, a highly respected Clinical Lecturer in Paediatrics & Child Health at Newcastle University, has at least partly dismissed this sweeping notion as a fallacy. However, most media publications that have cited Dr. Bhopal are quick to take this quote from the first tweet in a chain of seven as the meaning, when in fact Dr. Bhopal continues to state that most will be fine and some will even thrive. His core message is the same as ours here, now is the time to invest and help those that can’t bounce back so easily to recover from what is a potentially life-changing event. Please take the time to read his entire Tweet thread, the first of which is embedded below (click it to open the thread):

The Exponential Rise of Inactivity

There have been plenty of reports both from the government and in the media for decades now, consistently warning of increasing obesity in children. However, since the lockdowns have been enforced and schools closed, there has been an exponential rise in the level of inactivity across the population; with children especially have found themselves drawn to screens and sofas more than ever.

Back in January, Sport England published their latest Active Lives Survey data, which shows that there has been an overall decrease in young people getting a minimum of 60 minutes of physical activity a day, as recommended by the Chief Medical Officer. In fact, fewer than 45% of 11-17 year olds are even coming close to this target. This represents almost a 2% drop throughout the 2019-2020 academic year. If this doesn’t sound too bad, may we remind you that the pandemic did not cause school closures until March, seven months into this academic year, so this MAY only represent the drop caused mostly by the UK’s first national lockdown!

This matter has been directly addressed by Tim Hollingsworth, the Chief Executive of Sports England in light of these findings:

Mr Hollingsworth and plenty of his peers have been avid supporters of a swift and safe return to sports and clubs once the national crisis allows for it. Whilst there are arguments to be made that restrictions could have been lifted sooner for sports clubs, especially those that take place outdoors where the risk of transmission is small. But the important thing is that now that these facilities can be used again, to ensure that we get our children back into sports and activities as rapidly as possible. Blowing away the cobwebs of lockdown and refocusing on the health of ourselves and our children should be high up on everyone’s priority list.

One of the less talked about side effects of such prolonged periods of inactivity is the gradual decline in the levels of physical literacy among children of all ages.

Physical literacy is basically ones ability to move or complete actions such as balancing or running etc. So if someone is very able in swimming for example, it can be said that they are highly physically literate in that skill.

Being unable to practise developing skills or learn new ones during lockdown has lead to a noticeable decline in physical literacy amongst children. This has resulted in children that are less confident in themselves, with sometimes months of practise at a sport or skill being washed away. Most worryingly though is that this effect is perhaps worst of all in babies. Without access to baby groups and classes for toddlers or younger children, there have been sharp rises in infants missing key milestones in their first 1001 days.

“With a growing body of evidence, we now know that many children are being harmed by the secondary impact of the pandemic…”

Alison Morton, Deputy Executive Director at the Institute of Health Visiting – Survey Confirms Babies and Young Children have been Forgotten and Failed in the Nation’s Pandemic Response

The first 1001 days are a proven key developmental time for babies, in fact, this period is arguably the most intense developmental period of our lives. The Institute of Health Visiting has been very vocal in its concerns over the lack of government support for infants in their covid plans. In fact, the institute has specifically called out the fact that babies and young children have been forgotten and failed in the nation’s pandemic response, leading to ongoing problems for these children in their future lives.

This lack of provision is felt even more harshly for those most disadvantaged in society. With data reported by Oxford University, amongst other places, indicating that children from disadvantaged families were already experiencing higher than average screen time and had parents who reported spending less time on activities with their babies and toddlers, compared with parents from more advantaged backgrounds.

The evidence is clear, the lockdowns and especially the lack of group and sporting activities for children is causing a lot of unseen harm. Without parent and baby groups the gap between children of disadvantaged families and others is growing; all children are losing out.

So the question has to be asked, if restaurants and pubs are allowed to reopen, and sports clubs can resume, why are government funded facilities lagging so far behind?

“Developing children and young people’s physical literacy is essential in creating a positive and lifelong relationship with activity and without it many will not enjoy the health and social benefits associated with living active lives.“

We’ve discussed mental health issues before in this blog, even those specifically related to the pandemic. But as time has moved on, there is further evidence of the harm that lockdowns and social distancing have caused for younger people especially.

A recent NHS report on the mental health of young people looked at data comparing 2017 and July 2020. They found plenty of unsettling results after the first lockdown began to ease. For example, statistics showed that mental health disorders in children ages 5 to 16 were up one third to one in six when only three years ago they had been one in nine.

Evidence also indicated links between children with a more difficult family life, parents who may have fallen behind on bills or who argue about money for example, are twice as likely to have mental health concerns than others. Most crucially however, over 59% of young people with mental health concerns said that the first lockdown made their lives worse compared to only 39% of other children. A clear indication that without the clubs and institutions to support them, life gets a whole lot more challenging and fast.

There can be no doubt that there is a lot of doom and gloom contained in the above paragraphs, but our intention is not to demotivate. Quite the opposite in fact. You personally will have had a lousy time over the last 18 months in your own way and within your own sphere of life; but it is our hope that by taking five minutes to read this post and hopefully some of the surrounding materials on the subjects discussed, that you will find yourself more motivated than before. The invisible scars of this pandemic are going to run deep and take a very long time to heal. In fact, it’s probably not hyperbole to say that the generation who lived through this as children will never be quite the same again. But let’s not allow it to define us. Let’s take these challenges and step out into the bright new world that is emerging before our eyes now that “outside” is allowed again. Take that step and reintroduce sport and clubs as soon as you can get your children to them. We can assure you that if they’re run anything like us they will be taking every precaution as they will want you to be safe and enjoy your time with them.

Knowing that others have, and continue, to suffer from the extended reach of the pandemic empowers us to make a difference. It may only be a small change or act of kindness to one person, but to that person, it could mean everything. We need to ensure that our children can move past this pandemic and get back to living their lives without fear and mental anguish every time someone suggests meeting a friend or going to a club. It won’t be easy for everyone, but that’s why we need to be made aware of the difficulties that surround us in silence, to remind us that everyone has been through this, not just ourselves and those close to us.

Building children back up to re-engage with the world is now the greatest task facing most parents, but we will all get there with the support of others where needed. So take your children by the hand and help them get active and get happier. But also take a moment to explain that whilst some of us sail through our troubles, and some have to live with the scars, we all deserve the same chances. So if they see someone struggling, it is ok to check in on them and we might just be able to help these invisible scars heal a little bit faster.